I was born WILLIAM WYLIE MACPHERSON in a tenement building in Govan Glasgow Scotland 9 yards from the Fairfield Shipyards.

I lived and worked in Govan from when I was born until I was 21.

I left Govan High School at 15 to start as an Apprentice Marine Engineer at The Alexander Shipyard in Govan.

From 15 I played Junior Football in Scotland for the likes of Blantyre Celtic and had trials for professioinal soccer with Partick Thistle.

When I left Scotland at 21 for South Africa I played Professional Soccer for Johannesburg Rangers – whenever my Father was asked in Scotland who I played for – he used to say “The Rangers” – No one ever checked!

I had always wanted to be a Songwriter from the age of 10 but at 21 I thought the name WYLIE MACPHERSON was too Scottish so I changed it to BILL MARTIN. I regret it now but the name brought luck. Lots of people changed their names in those days – Lionel Bart, Cliff Richard, Adam Faith and even Elton John .

I had my first song accepted in London by a major London Music Publisher in 1960 it was called “THAT’S THE ONLY WAY” – it never found it’s way out of the contract stage to a record but it gave me the confidence to save up and fly back from South Africa to London some 2 years later. 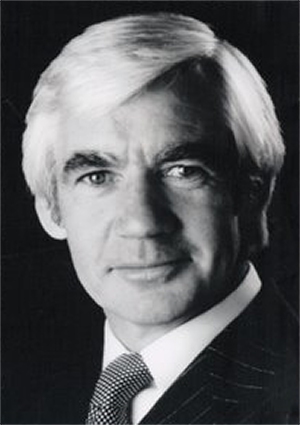 In 1964 I started a song writing partnership with TOMMY SCOTT. As SCOTT & MARTIN we had success with various artists including THE BACHELORS, TWINKLE, THE DUBLINERS, VAN MORRISON and SERGE GAINSBOURG.

I went to No 1 in 1976 in America with “SATURDAY NIGHT” by THE BAY CITY ROLLERS which gave me a hat trick of No 1’s IN AMERICA “THANKS” by BILL ANDERSON and “MY BOY” by ELVIS PRESLEY they were AMERICAN Country No 1’s.

“MY BOY” by ELVIS was Presley’s last Top 20 hit whilst he was still alive – No3 UK No15 USA. I also wrote songs for Films and TV — “A MAN CALLED SLEDGE”; “MONEY GO ROUND” starring a band from Liverpool The Koobas; “THE IMPOSSIBLE YEARS” starring David Tomlinson; “SPANISH FLY” starring Terry-Thomas; “CARRY ON – DON’T LOSE YOUR HEAD” starring all the regular Carry On team; “THE WATER BABIES” starring David Tomlinson, James Mason, Billie Whitelaw and Bernard Cribbins; and the “SPIDERMAN” tv show.

As BILL MARTIN I have had No 1’s in every country of the world with million selling records as a Songwriter, Record Producer and Music Publisher.

Apart from being a Songwriter/Record Producer of my own songs, I started my publishing company in 1970 by winning the EUROVISION SONG CONTEST again with “ALL KINDS OF EVERYTHING” by DANA, yet another No 1 in the UK and all over Europe.

I have successfully built up and sold a Major Music Publishing Company, a Marketing Company and a Property Company.

Over the years I have appeared in many diverse TV shows such as TOP OF THE POPS and even on the BBC NEWS CHANNEL to discuss that year’s EUROVISION SONG CONTEST.

In 1983 I produced a Musical JUKEBOX. The Musical ran in the West End and it also received the acclaim of being chosen for THE ROYAL VARIETY SHOW that year and was the forerunner of musicals like BUDDY, MAMMA MIA and THE RAT PACK. All these are now known as Jukebox musicals.

I served on the BRITISH ACADEMY OF SONGWRITERS in the 60s and in the 90s becoming a VICE-PRESIDENT and I was also a Director of the PERFORMING RIGHTS SOCIETY from 1977 to 1989 and a Founder Member of THE SOCIETY OF DISTINGUISHED SONGWRITERS (SODS).

I still continue my career as a Songwriter and have written with many other Professional Songwriters including ROGER GREENAWAY, ROGER COOK, LES REED, MIKE STOCK AND MATT AITKEN, and ALAN HAWKSHAW.

As a Music Publisher, Record Producer and Songwriter I continue to be active with ANGUS PUBLICATIONS.

Since 2000 I have been involved with Richard Rowe acquiring Music Publishing catalogues throughout the world.

From 2006 I have been by invited by Cunard and P&O to talk on Cruise Ships around the World, and on TV, as well as various clubs & venues in the UK, with my 24 one hour talk shows “SONG SECRETS” telling THE STORIES BEHIND THE SONGS” with such diverse songwriters from COLE PORTER to IRVING BERLIN, CHUCK BERRY to ELTON JOHN and ELVIS v. THE BEATLES.

On the 7th February 2011 Bill was honoured to be inducted into his old school Govan High’s Inaugural Hall of Fame together with Sir Alex Ferguson CBE. Sir Alex and Bill were inducted with four other old boys.

As BILL MARTIN – The Songwriter – I have been awarded 5 IVOR NOVELLO’S, including one as SONGWRITER OF THE YEAR, 3 ASCAP AWARDS, THE ANTIBES SONG FESTIVAL AWARD FOR THE BEST SONG IN 1971, THE RIO DE JANEIRO AWARD OF EXCELLENCE in 1967 & 1969, THE JAPANESE YAMAHA BEST SONG AWARD in 1978, SCOTLAND’S SONGWRITER OF THE DECADE in 1980, THE VARIETY CUB SILVER HEART IN 1979 for MUSIC CHARITY, The first British Winner of THE EUROVISION SONG CONTEST with “PUPPET ON A STRING” IN 1967 and recipient of many SILVER, GOLD & PLATINUM DISCS.

In May 2011 Sir Jackie Stewart presented me with THE GREAT SCOT LIFETIME ACHIEVEMENT AWARD at the at the Johnnie Walker Blue Label Great Scot Awards. In November 2012 I received the prestigious SUNDAY MAIL LIVING LEGEND AWARD at the annual Tartan Clefs which celebrate Scotsmen and women who’ve made an outstanding contribution to music.